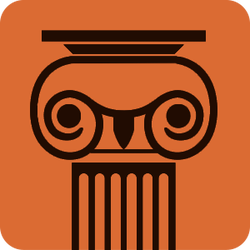 An adventure into ﻿truth﻿ & reason

Our goal is to create a mobile app that uses technology as a tool to teach people how to thoughtfully engage critical thinking skills to effectively communicate with people of differing belief systems.


We believe that it is our social responsibility to help teach individuals how to employ philosophical tools in general conversations to bring about effective communication.


Bridging together the two worlds of technology & communication, our app will bring sustainability to our technologically immersed society in it's ability to foster cohesive & cooperative relationships between diverse individuals.

Dr. Peter Boghossian is a full-time faculty member at Portland State University, working as an Assistant Professor of Philosophy.  His research focuses primarily on critical thinking, philosophy of education, and moral reasoning.

In 2013, Boghossian coined the term street epistemology as a set of techniques that an individual can use in personal conversation with those who have unsound belief systems to help them dis-engage with those said beliefs.  Upon the creation of these techniques and the publication of Boghossian's first book, independent Street Epistemology groups have been created around the world, in an effort to bring the street epistemology method to the public. 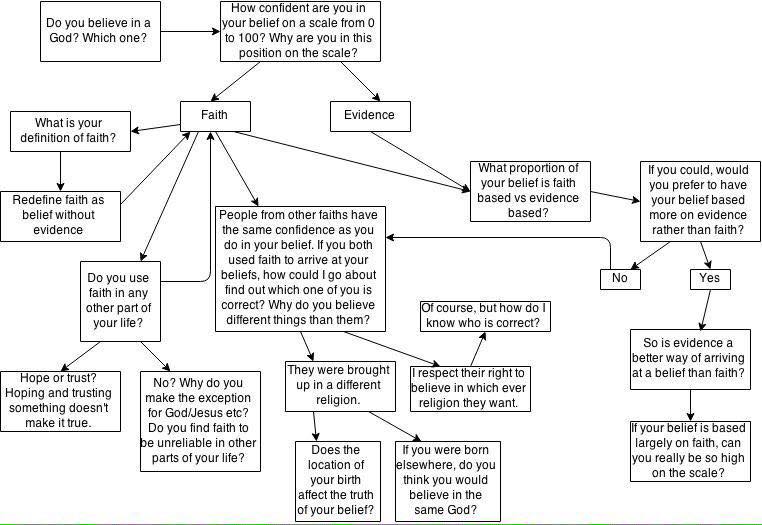 (Retrieved 17 May 2015. Anthony Magnobosco Street Epistemology Group. https://www.facebook.com/magnabosco210)
Atheos is the culmination of dozens of volunteers working tirelessly for the last year to bring the techniques and tools that make up the practice of street epistemology to the pocket of any individual who needs it.


We hope to help change the conversations we as a society have into being respectful, kind, productive & cooperative rather than malicious, aggressive, & self-serving. 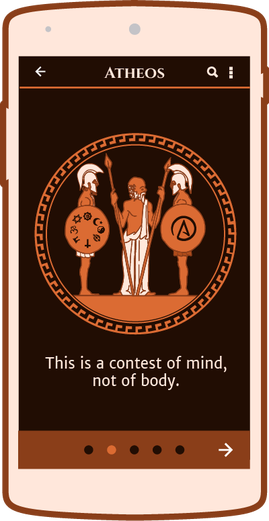 Atheos plays as a game where the user is a "reason warrior" sent by Socrates to free his peer from the shackles of Plato's cave.  Through various quizzes that test critical thinking, logic, conversational, and ____ skills, the user can win the game by freeing the prisoner from the cave.  Throughout the process, the user earns awards and tiles that unlock extra content with contributors ranging from Dr. Richard Dawkins to Jerry Coyne.