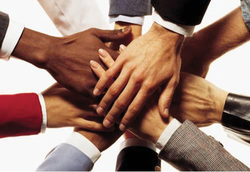 The condition of having or including people from different ethnicity and racial backgrounds.

Walk Out Walk On​

​As leaders we need to view diversity as an important aspect of building strong communities. By using people of different backgrounds we have the ability to gain skill sets and insights to all different ways of living. Diverse communities are strong communities. They use their thoughts and language and culture to bring peace and wisdom to their communities.

​“They exercised leadership that encouraged people to step forward, that revealed people’s innate motivations to create and contribute. As a result, they discovered that those living there— the old, the homeless, the children, the neighbors— were capable of contributing in wonderful, transforming ways to their community.”
Walk Out Walk On P.63 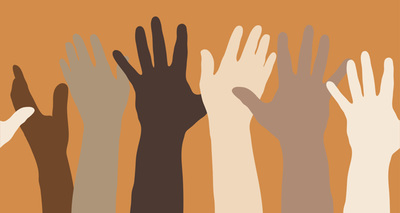 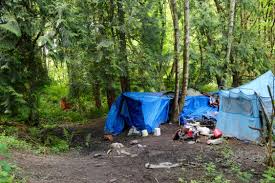 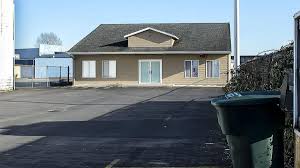 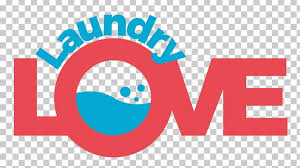 Download File
This summer Lauren made friends with the Mandela Washington Fellows. They were 25 young African leaders. Each person was hand-picked by President Obama as someone who will be suitable for a lateral education exchange. While Lauren was at her internship with the Cascade AIDS Project, she met one of the Fellows named Bleck Yoro. He is the individual who is presenting in the speech above. Lauren was inspired by Bleck's work in his home country. He has a nonprofit that partnered up with the universities to fight HIV/AIDS stigma and conduct education outreach nationwide. He has over 500 members in his organization. He is also an entrepreneur, starting a fashion line and a juice company in his home country. Lauren wanted to absorb everything she could from Bleck in the six weeks he was in Portland, so they spent many hours together. Through her relationship with Bleck, Lauren also met Karl Agoundoukoua. He is from Central African Republic and works as a Human Rights lawyer for groups without representation. He also partners with the United Nations to take on cases outside of Central African Republic. His favorite part about his job is that he gives people hope, some for the first time in their lives. Lauren also met Ansumana Bangura from Sierra Leone. He works with slum children and education initiatives. And then there was Kofi from Ghana. He was one of the country's only psychiatric nurse practitioners. He worked diligently every night to call back to his hospital in Ghana and work with patients to make sure medications were still being distributed during his six week stint in the United States. These people were role models to Lauren, and as someone aspiring to be involved in public health, she felt compelled to share their words with the Capstone class. These four men all came to class to present their experience about the United States and to pitch their idea for a new grassroots African nonprofit known as The Mandela Bridge Organization.
​Enjoy.

In conclusion, I decided to interview my girlfriend, Jasmine, and asked her a few questions regarding what diversity is and what it means to her. These responses were the first thing she could think of and point out how young black people in America feel about diversity and what it means to be different from others.
Q: What is diversity?
A: Diversity is the mix of races in a community.
Q: As an African American woman, how have you felt about dating me, a white man?
A: I feel like everybody else.
Q: Is there diversity within races?
A: Yes. There's diversity even within the African American culture here. There are African Americans and Africans, for example.
Q: Do you think diversity is a good thing?
A: It depends whether or not the people can get along. Some people feel that any difference means that others are lower than them.
I feel that her responses were very impulse driven and may not have put the most thought into them, but at the same time she didn't take the time to think about them, she just answered them honestly. I think that her answers are true to how she feels about being a black person in America and how that has effected her life.
Proudly powered by Weebly