THE SCIENTIFIC METHOD & Horizontal History:
​applying the lens of our disciplines to explore what it means to think critically

For our lesson we wanted to focus on the "questioning and exploring" aspect of critical thinking. We also wanted to show the importance of asking the right questions. While brainstorming, it dawned upon us that our individual areas of study strongly relied on questioning and exploring, and so we aimed to practice critical thinking through the lens of science and history. For the first half of our presentation we focused on the scientific method. Treva gave a thorough overview of what the scientific method is and why it's important. She also elaborated on the basic components of the scientific method.​

Activity #1 An in-class, playful experiment to explore the components of the SM

We began with a set of plastic eggs that had a certain number of nails, while one had screws.
The class split off into pairs and each pair received an egg. The question we asked was: How many nails does your egg have inside of it?
Each group came up with an initial hypothesis. Next, they developed a method to test their hypothesis and
After experimenting, the had a group discussion regarding  techniques and how the process of experimentation pushed each group to either feel more confident or less confident in their initial hypothesis.
Treva took notes on some of the qualities of each groups experimentation techniques. The groups explored the question by:  holding the egg up to light, listening to the sounds, using flashlights and comparing eggs. Basically, using as many different ways to perceive as possible.
After the class shared,Treva asked if they believed they were able to prove to disprove their original answers. Many did very well and they even caught that one egg had no nails, because it in fact had screws.
For fun, Treva allowed the class to each open their eggs and see if they had been correct but before she did so she prefaced it with the statement that in real life and science, we don't get to open the egg.There is no easy way of knowing, therefore the process just continues unfolding and ways of perceiving and asking the right questions continues to be the foundation to any revolution in knowledge 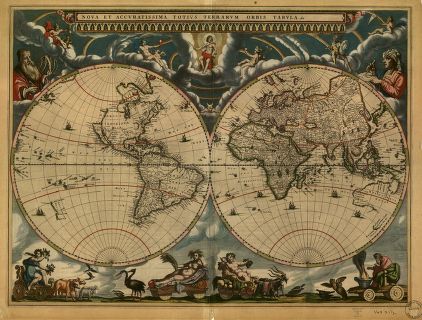 ​“...even the most perfect history buff [can’t] fully understand history… the key people involved at the time can’t ever know the full story. History is a giant collective tangle of thousands of interwoven stories involving millions of characters, countless chapters, and many, many narrators.” -From an article by Tim Urban on his blog Wait But Why.
For the lesson on history, Joshua narrowed in on the concept of horizontal history. He began by explaining the concept. History is traditionally taught in a vertical way: We got to a past event to the present in a straight line. The reality is that history is more complex and it needs to be viewed in the context of the outside world to hope to get something approaching a full understanding of the past. Next, he focused on the problem with thinking of history as having "good" and "bad" guys. Then, to help explain the concept further he utilized some visualizations from Tim Urban's WaitButWhy blog. The first was a visualization with generations:
http://28oa9i1t08037ue3m1l0i861.wpengine.netdna-cdn.com/wp-content/uploads/2016/01/Horizontal-History-Generations-4.jpg

There are more visualizations and writing about horizontal history at http://waitbutwhy.com/2016/01/horizontal-history.html

The take away was hopefully that by utilizing more critical methods of approaching history, we can change the ways we understand the present. If we acknowledge that events don’t happen in a bubble, but rather affect and are affected by events and people around the world, we might be able to have more compassion and empathy for others outside our immediate sphere. Then he moved on to the activities relating to horizontal history. 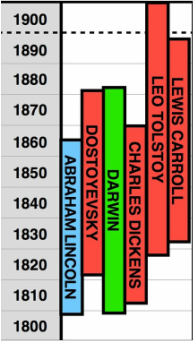 “If you think of history like a tangle of vines growing upwards through time, studying one type of history at a time is like following the path of one particular vine while ignoring the other vines around it. It’s understanding history in a vertical sense.” -Tim Urban
HISTORY ACTIVITY #1: Vertical History
+Start with ball of yarn
+Each person tosses it to the person next in line
+Person who started pulls on their piece of the yarn, only those closest notice and people at the end shouldn’t feel it at all
+This is an example of how when you look at history linearly, you’re really not finding out as much about an event/person by looking at an event/person that came before as when you look at other events/people in the same era.

HISTORY ACTIVITY #2: Horizontal History
+Start with ball of yarn
​+Each person tosses it to somebody else across from them
+Once everyone has a piece of the “web,” we have one person/event pull on theirs
+This is an example of how events are tied together in a period of time; they don’t exist in a vacuum