Founded in 1999, Camp Starlight provides a caring, safe, spiritual and fun week-long residential summer camp for children in Oregon and Washington whose lives are affected by HIV/AIDS. Children come to Camp Starlight at no cost to their families, and enjoy a one-to-one ratio with a staff of knowledgeable, compassionate, and devoted volunteers, including medical, educational and mental health professionals. Activities at Camp Starlight include swimming, arts and crafts, music and dance, nature hikes, horseback riding, archery, sports and recreation, a camp-wide talent show, campfires, sleeping out under the stars, and a whole lot more. It’s an incredibly fun and magical week focused solely on the kids. 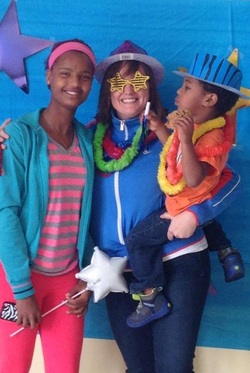 Back Story﻿
It might have been at the age of 11 that I first remember hearing and learning about the three and four letter acronyms: HIV/AIDS. I remember the poor education I received back then, helping fuel rather staunch misconceptions and stigma about what it’s actually like living with the disease. As I grew older and began to know people who were infected or affected, I became educated and aware of the reality that most people can/do live happy, typical lives. However, that does not mean the same judgments and assumptions no longer impact many youth living with HIV, or someone close to them who is infected. This is where Camp Starlight enters the picture.

A free, week-long summer camp for kids whose lives are affected in some way by HIV/AIDS; this camp provides a safe, and liberating week for kids to go have fun being who they are — kids. I was drawn to this camp the first time I heard about it, because its values fit so neatly with mine. As someone with over a decade worth of experience, I’ve learned a variety of theories and educational methods of how to work with kids. What I like most about Camp Starlight are primarily two things: a one-one ratio of volunteers-to-campers, and one of the most flexible approaches to child directed activity I’ve ever witnessed (literally, if a child wants to rearrange a predetermined activities guide, they have every opportunity and power to do so at Camp).

What I Did and Continue to Do
My involvement with Camp Starlight has been unique, because I’ve not filled any one particular role. In fact, I primarily stay behind the scenes and don’t get “officially involved”, except for the very week of Camp. This summer capstone course, Effective Change Agent (ECA), allowed me to dedicate more time than typical and stay focused on a couple of the tasks they needed most help with. Since December of 2013 I have been heavily engaged with the creative process of putting together its quarterly newsletter (something that did not exist until then). Each newsletter takes weeks of contacting participants, hours of editing content and arranging layouts for a workable design, and even more time writing the columns (sometimes on my own).

Another big project that is perhaps much bigger than anticipated is developing functional policies and procedures. Having met with Camp’s directors several times to discuss terms/conditions, it’s evident that much more work and time is needed. Because everything is done on a volunteer basis, most people have outside jobs taking priority. Camp Starlight also wants to be sensitive to its campers and volunteers, but also have policies/procedures in place to protect folks and hold each other accountable. Some of the most important topics addressed so far include: Volunteer Coordination, Voting Process for Commission/Board Members, Transportation, Confidentiality, Camp Attendance, Camper Enrollment, and Camper Guidelines.

The Details
My plan for helping Camp Starlight is not exactly new, but got a gentle push forward when striving to meet the expectations of the ECA course. I knew that I had been given a gift of time to really sit down and look over the projects that lay ahead of me. Originally, I knew that I could get the newsletter done, and I was fairly confident that I would have complete policies and procedures to present. Knowing that all of Camp's volunteers are on a no-payment basis, I had to be aware that time spent with any of them was extremely precious and valuable. Although folks are very good at getting back to me through email or phone (usually within the same day), it can be difficult to find times to schedule a meeting that works for everyone who should be involved. Therefore, much of the work had been (and is) done via email or phone.

Also, as someone who values diversity in the work that I do, I wanted to touch base with folks of different backgrounds and roles with Camp. There was no doubt that the newsletter would include and policies/procedures would have consideration for: campers and volunteers who were both HIV +/-, of color, white, of various economic standing, education, genders, and sexuality.

Into the Future
As the ECA course comes to an end, I can honestly say that my work with Camp Starlight will not. These steps I have taken to include myself in changing a community may be small right now; however, the ideas and future of this amazing organization are grand. The newsletter alone provides information to hundreds (if not more) people throughout the year. People who want to learn more, get involved, or know someone with a child that can benefit. Because of specific feedback from families and kids about the sense of connectedness they want, there is talk about creating a time and space during the school year, so that campers who age out or simply miss their Camp family, can stay connected.

Camp Starlight has been around a long time, servicing families between Washington and Oregon (and now as far as New York). As it continues to grow and bring “magic” to the communities and world around us, I too will continue supporting and doing what I can to make Camp shine.