What has been your EXPERIENCE?

Defining Diversity as understanding others' point of views or situation: when helping a client with energy assistance- this one single mother who happen to be a client seeking energy assistance was very angry that she was asked too many questions in order to get assistance. She finally screamed, "you do not know what it is like to be a single mother of four". It came to my attention that the woman did not realize that I was trying to help her. By asking those questions, the energy assistance specialist's plan was to have a better understanding of the client's situation to get an explanation for it before releasing crisis fund since her electric bill was about $800. The good part was that the energy worker understood the  client's struggle while the client did not understand. Finally, the client was able to get the bill taken care of.

​--Salome
Knowing Culture diversity is very important - what seems okay to one culture may not in another. Imagine touching a pregnant woman's belly  which is not a problem here in the United States as long as the woman agree, but this is not the same in many African Countries. People are not allow to touch someone's belly when she is pregnant. It is not in their culture. This does not mean African women are not happy when they are pregnant, actually most African women are so proud when they are able to bear children, but they keep it to themselves. The only person to know of course are their partners, husband and very close family members. It is also common  not to tell the sex of their baby to their friends, classmates or coworkers. All these and many others are the difference that we see in different cultures. It is common to criticize another culture of indigenous if you do not know their believes or their ways of living. While we have many things in common, we also have many that are diverse.

​--Salome
I encounter diversity and differences everyday. Most go un-noticed and hidden. But others stick out. The other day I was meeting with someone at work. She was asking questions about my property and I gave her all the information I could. This woman did not speak English very well, which is no problem, as long as we can get the basic concepts across. At the end of the conversation I reached out to give her a hand shake. As normal I grabbed her hand, but she didn't do anything. Her hand sat in my palm like a dead fish. I bounced her hand up and down and then retreated back feeling silly. When she turned and left I couldn't help but smile.

I found this situation funny because I realized the cultural understanding of a handshake. I assume that this woman comes from a background that does not value a firm handshake. This is perfectly fine, in fact, it's kind of weird why we here in the U.S. think grabbing someones hand and moving up and down is so important. Instead of choosing to be upset or offended by the lack of gorilla grip on my hand, I laughed at myself and my own perceptions of proper communication. Diversity does not have to have such negative connotations with it, I like to think that diversity gives us a rich sense of people around us and can help everyone dive into their own biases and experiences.

--Kalen
​My personal experience begins with divisions, which were usually regional lines, whether North-South or East-West. I was born in Wisconsin and raised in Florida, and was often referred to by parts of the family as the Yankee turned rebel. When I lived in Florida, the city was racially segregated, using the regional line of Martin Luther King Blvd., as the dividing line for West Augustine, where the Black folks lived.

Reflections of a lack of diversity

​     An amazing occurrence takes place when we initially observe another individual. In the first thousandth of a second, we are able to discriminate between friend and foe, which I would argue is an evolutionary practice that helps us in our ability to fight or flee. The problem with diversity can be traced to his point. In the fraction of a second that we exercise judgment, label, and categorize. We create in groups and out groups. This us versus them mentality can be found in the formation of our Constitution. The patriarchal society that was established did not make room for racism, sexism, ageism, or other forms of discrimination such as anti-Semitism and Zeno phobias. Instead of an us versus them mentality we should look to the very first few words of the Constitution that states, “We the people.” We are a land of immigrants, and that speaks to the power of the collective.
​     This paragraph from the text, Walk Out Walk On, by Margaret Wheatley and Deborah Frieze, shows division and the lack of diversity in South Africa. Indaba, my children. Listen to the story of how apartheid strangled humanity. Through much of the 20th century, the area in and around Joubert Park was haunted by two different worlds, one for Whites and one for Blacks. Here are glimpses of these different worlds, as apartheid strengthened its hold. For blacks, it is a crime to sit on a Whites Only bench. As Nelson Mandela recalls in his autobiography, Long Walk to Freedom, “It is a crime to walk through a Whites Only door, a crime to ride a Whites Only bus, a crime to use a Whites Only drinking fountain, a crime to walk a Whites Only beach, a crime to be in the streets past eleven, a crime not to have passbook and a crime to have the wrong signature in that book, a crime to be unemployed and a crime to be unemployed in the wrong place, a crime to live in certain places and a crime to  have no place to live (p.79).”
This paragraph Dear White America, Letter To A New Minority, by Tim Wise illustrates those same divisions and lack of diversity that have origins that stem from the very formation of the United States. “From nearly the second that Europeans first stepped onto the shores of this continent, our identity mattered. And allowed us to feel superior to the native peoples whom we began to kill, subordinate and displaced from their land almost immediately. It allowed us to take advantage of land giveaway programs in the colonies—which we created, of course—like the headright system, which provided fifty acres of land to males from England who were willing to settle in the so-called New World. Within a few decades, classification as a white person would become the key to avoiding enslavement; it would determine who could hold office, who could sit on juries, who had rights to due process; and by the time the Republic was founded, being considered white would become the key to citizenship itself. The naturalization act of 1790—the first law passed by Congress after the ratification of the Constitution—made clear that all white persons and only white persons could be considered citizens of the United States, a status that would elevate even the lowliest and most despised European ethnic above all persons of color, without exception, for generations to come (p.21).”
This paragraph from The New Jim Crow, Mass Incarceration in the Age of Colorblindness, written by Michelle Alexander, provides context for the last statement in the previous paragraph, “for generations to come.” “Jarvious Cotton cannot vote. Like his father, grandfather, great-grandfather, and great-great-grandfather, he has been denied the right to participate in our electoral democracy. Cotton’s family tree tells the story of several generations of black men who were born in the United States but who were denied the most basic freedom the democracy promises—the freedom to vote for those who will make the rules and laws that govern one’s life. Cotton’s great-great grandfather could not vote as a slave. His great-grandfather was beaten to death by the Ku Klux Klan for attempting to vote. His grandfather was prevented from voting by Klan intimidation. His father was barred from voting by poll taxes and literary tests. Today, Jarvious cotton cannot vote because he, like many black men in the United States, has been labeled a felon and is currently on parole (p. 1).”

What are the Problems of diversity? 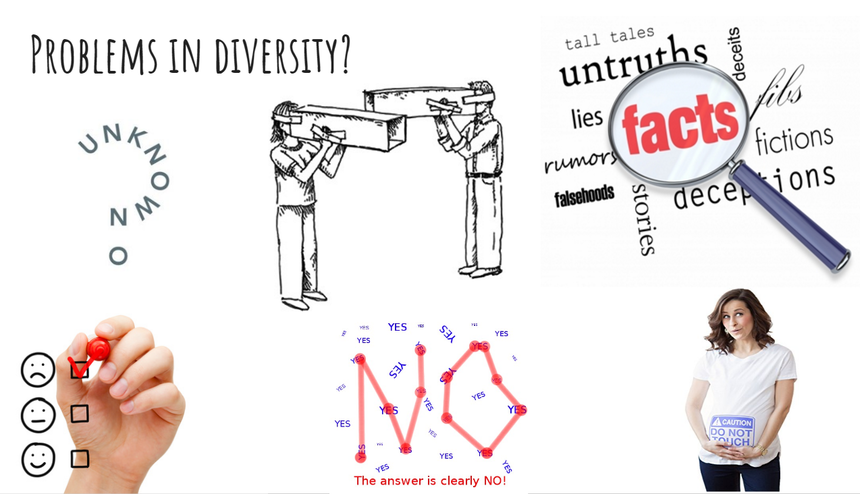 The unknown is our diversity- for example, some Africans conservative do not allow people to touch their stomach when they are pregnant. They keep their pregnancy confidential, and only disclose to close friends and family members. These are some of the things that make us diverse. While here in America it's okay to touch pregnant women's belly (with their permission, of course), in some places it is not.

Recognizing your BIAS
We can all have bias and moments of judgement. Instead of sticking with negative or incorrect thoughts, we need to catch ourselves. As this movie clip above showed, it's our second and third thought that matters, not the first.
Since the beginning of time, man has adopted a reputation of leaving a wake of destruction behind them wherever they travel and conquer. Many stories exemplified the tribal mentality of sitting around the fire, or metaphorically the same, the table to become acquainted. A person needs to be flexible an open to change. Race and gender, I would argue, are social constructs that are established early in an individual’s life. Our sense of entitlement needs to be replaced with radical acceptance. Biases, whether implicit or explicit, positive or negative are moving targets, and require constant assessment and adjustment. A recommendation from the text is stated, when we acknowledge and embrace another culture or ethnicity, “we listen, follow, and learn walking at the pace of the other." 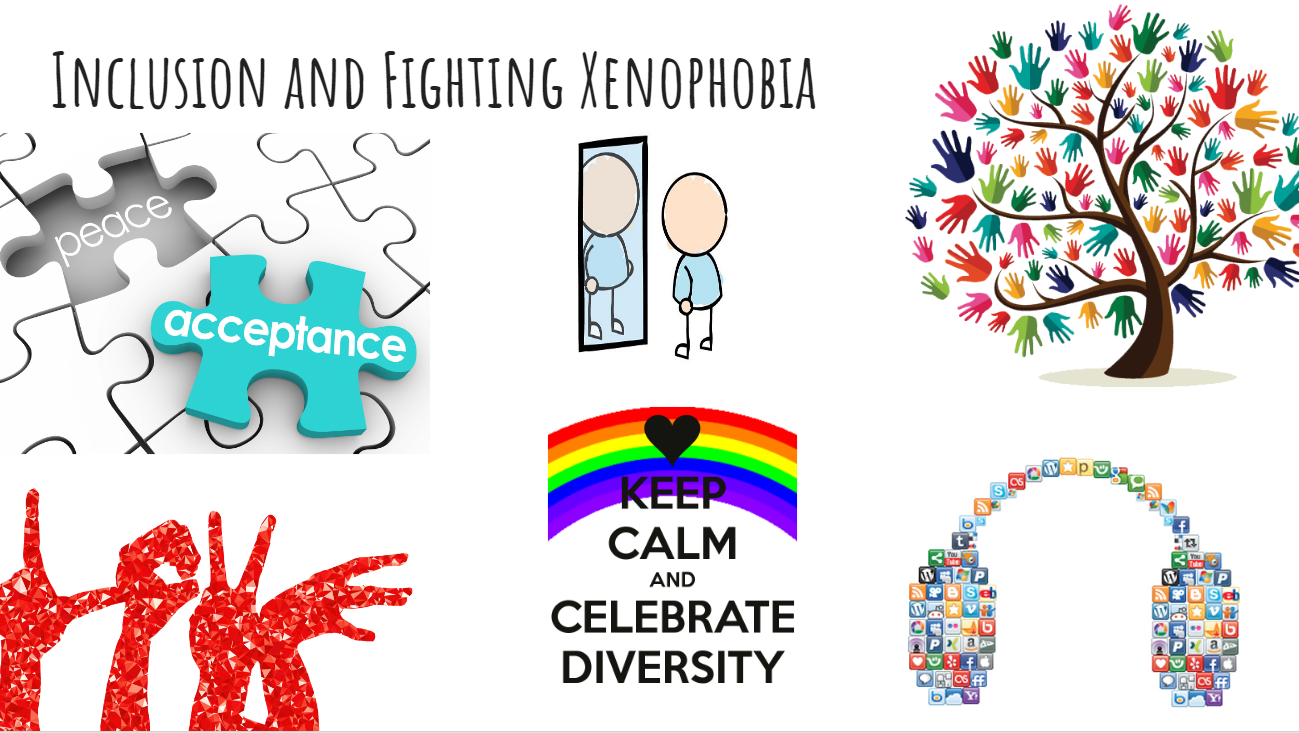 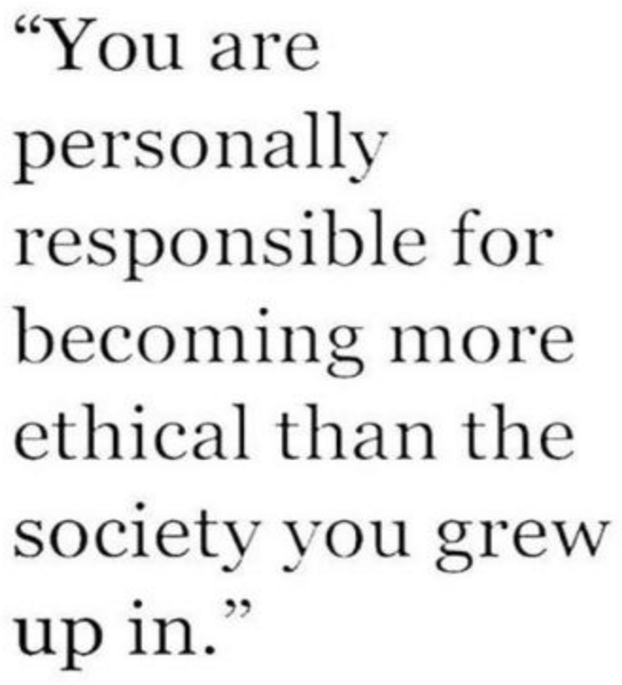