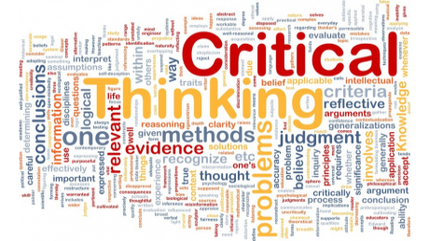 What is Critical Thinking?
"Critical Thinking is the intellectually disciplined process of actively and skillfully conceptualizing, applying, analyzing, synthesizing, and/or evaluating information gathered from, or generated by, observation, experience, reflection, reasoning, or communication, as a guide to belief and action.” 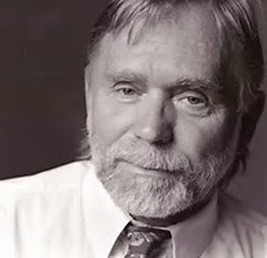 ​
​Critical thinking was first described by Richard Paul in 1994
as a movement in two waves. The first wave refers to critical analysis as clear, rational thinking that involves critique. ​The second wave looked at rationality, inductive and deductive thinking.

“Formal logic is logic that deals with the form or logical structure of statements and propositions and the logical implications and relations that exist or come about because of those logical forms. In particular, formal logic is concerned with the forms that yield or guarantee valid inferences from a premise or premises to a conclusion. Formal logic is a subset of formal systems.”
Practicing formal logic through critical thinking

What the heck is dialectics?

Key Elements of Dialectics:
Using dialectics means applying reason to the world as it is, and seeks to resolve contradictions between forces. It is commonly used in social science, and is often applied to capitalism. Capitalism is a broad and deep system of economic and political interaction, in Marx’s words, it was the “political economy”, where the economic sphere dominates the political sphere on the basis of material needs. Humans do not need democracy to live, but they need food, water, and shelter to live. Capitalism is very complex, and a dynamic tool like dialectics allows us to dissect it and understand it. ​We see the contradictions in capitalism develop throughout history, such as the development of the state, or the contradiction between labor and capital.
Dialectics in Real Life:
“For every action, there is an equal and opposite reaction. The statement means that in every interaction, there is a pair of forces acting on the two interacting objects. The size of the forces on
the first object equals the size of the force on the second object.” ~ Newton's 3rd law

Physics and calculus are mathematical sciences which appeal to dialectical philosophy in order to understand the motion of physical objects. This is in contrast to Aristotelian philosophy, which seeks to understand the essence of things which we encounter in the natural world. Dialectics is the philosophy which would attempt to understand how those things interact with one another. For example, the natural world is constantly moving, and thus in a constant state of change. It may not matter much what the most fertile soil is for crop growth is if there is no access to seed, for example. There are many forces at play in nearly every situation, whether it be the natural world or the social environment of humankind. Dialectics helps us understand the world as it happens, and not necessarily the characteristics of a thing.

"Said the man to the sun,
How I wish you could shine your light on every day of my life!
Said the sun to the man,
But only with the rain and the night could you recognize my light."

One cannot express himself fully when imprisoned by a confining style. Combat “as is” is total, and it includes all the “is” as well as “is not,” without favorite lines or angles. Lacking boundaries, combat is always fresh, alive and constantly changing. Your particular style, your personal inclinations and your physical makeup are all ‘parts’ of combat, but they do not constitute the ‘whole’ of combat. Should your responses become dependent upon any single part, you will react in terms of what “should be” rather than to the reality of the ever changing “what is.” Remember that while the whole is evidenced in all its parts, an isolated part, efficient or not, does not constitute the whole.

"It's like a finger pointing away to the moon. Don't concentrate on the finger or you will miss all that heavenly glory.” 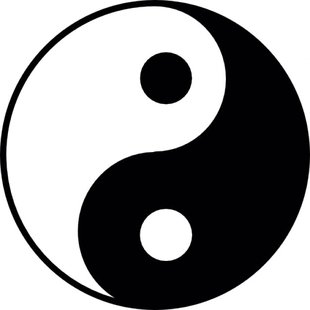